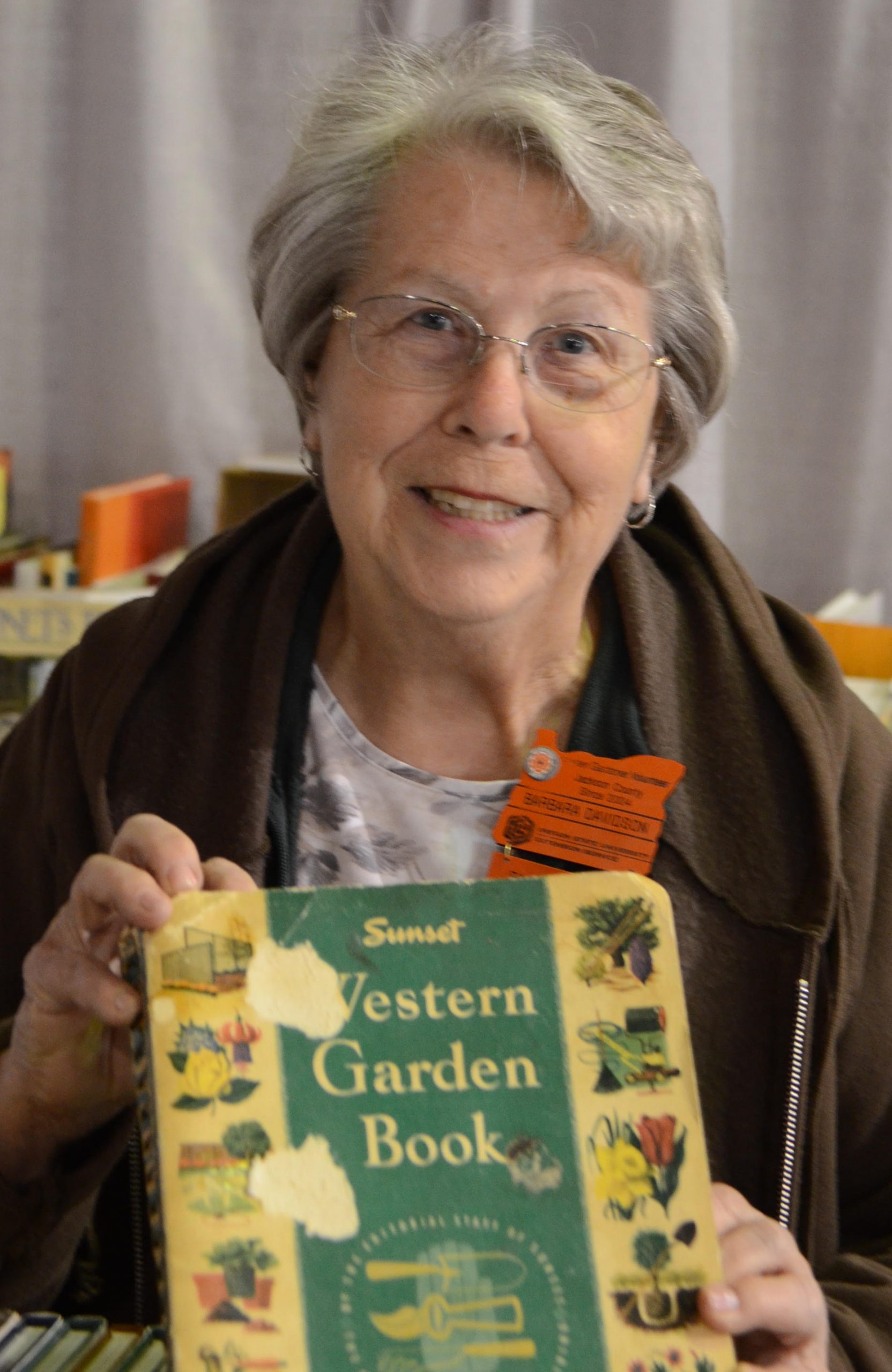 Our very own Barbara Davidson has been honored by being named OSU Master Gardener for 2020. We are so happy that Barbara has received this award after her many years of dedication to local and state Master Gardeners.

Barbara Davidson retired in 2000 after 30 years as a high school English teacher. She became a certified Master Gardener in 2004, and has been an active and valued volunteer and leader for JCMGA since then. Each spring, she attends the weekly Master Gardener class to guide, support, and mentor new students learning the art and science of gardening in the Rogue Valley. As a member of the Board of Directors of the Jackson County Master Gardener Association and its Community Outreach Working Group, Barbara chairs the committees that award grants to local school gardens and community gardens along with annual scholarship awards to local students pursuing horticulture as a career. She has organized the JCMGA donation for the Mini-College silent auction, raises funds at the used book booth at JCMGA’s Spring Garden Fair, and cheerfully joins the annual picnic and graduation decoration committees.

Beyond her work to promote education locally, Barbara is the JCMGA representative to the Oregon Master Gardener Association Board of Directors and has held that position since 2014. In that capacity, Barbara has served as co-chair for OMGA Mini-College. She was in charge of arranging speakers and did such an exemplary job, she was told to stop recruiting because she had signed up so many. She also worked for many years to improve and expand the Master Gardeners Handbook, used in MG training classes statewide.

Leadership within the association

Elected president of the Jackson County Master Gardener Association in 2008, Barbara has remained a member of its Board of Directors since that time. She chairs the JCMGA School Grants/Scholarships committee. In 2014 she was elected JCMGA’s representative to the Oregon Master Gardener Association and has continued in that position to this date. In 2016 she was OMGA’s Mini-College speaker coordinator. She is a past OMGA secretary and has been the OMGA historian since at least 2018. She plans one OMGA board meeting in Jackson County annually and organizes the JCMGA donation for the Mini-College silent auction.

Barbara’s responsibilities over the years have included:

After Barbara Davidson’s retirement in 2000, she became a CASA (Court Appointed Special Advocate) volunteer, helping abused and neglected children. She has appeared before the Medford City Council to testify on many issues, including the OSU Extension facility’s value to the community. As chair of the JCMGA committee that awards grants to local school and community gardens, and annual scholarships to local students pursuing careers in horticulture, she has nurtured a love of gardening in young people and the broader community. These scholarship recipients go out into the world as our future biologists, entomologists, horticulturalists, educators, etc.

Barbara’s commitment to and impact on the mission of the Master Gardener program – from the local to beyond – can be best understood from the following example. At a recent JCMGA Board of Directors meeting, it was proposed that a new Demonstration Garden be developed to explain the art and science of composting to new Master Gardener students and the community at large. Planning had been completed, volunteers recruited, and the time for construction was at hand. The board was enthusiastic. However, the compost garden had not been anticipated when the annual budget was adopted and there were no funds to pay for the project. Barbara suggested that board members donate out of their own pockets to begin construction and offered her own gift to get the ball rolling. By the end of the meeting enough money had been raised to pay the basic cost of the Compost Garden and its successful completion was assured. This garden is now a community educational resource.

Barbara also serves as OMGA historian, maintaining the historic record of the organization. She participates and leads the Executive Committee, Board of Directors, and Annual Retreat functions. Barbara brings suggestions, perspective, institutional memory and constructive advice to Board meetings and Mini-College planning and execution. Barbara is a thoughtful and extremely supportive resource. Her willingness to take on additional tasks such as facilitating OMGA Board meetings or Mini-College responsibilities, demonstrates the high level of commitment and caring that Barbara Davidson has for our program. Her tenacity and leadership has impacts from local to state and beyond, as OMGA educational programs expand.