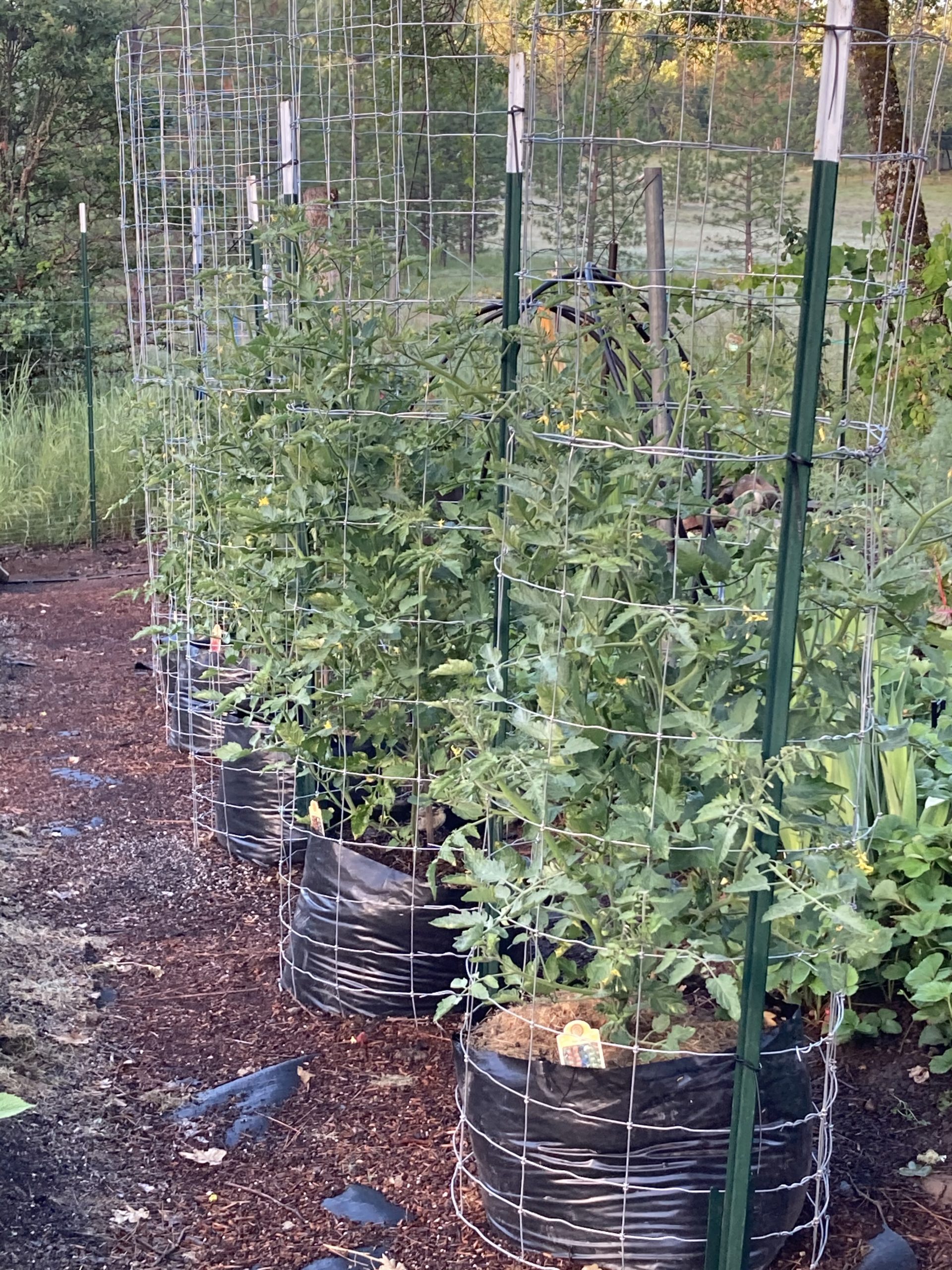 Unusual Raised Beds for the Garden

The sun was hidden a little, but not much on this May morning. The cloud cover brought the perfect weather for gardening in my friends’ recently tripled-in-size veggie garden because only a few raindrops fell. This new section has too many rocks and a rock shelf. Instead of collecting the rocks or moving further from their kitchen, they are gardening in a more economical, time and back saving way: rather than purchasing whiskey barrels, 18” pots, or putting in more wooden raised beds, these folks economically bought versatile black plastic bags (with pre-cut drain holes) that were manufactured to grow plants in for about $2 each.

In the new garden: 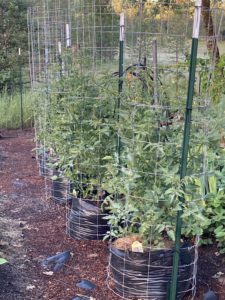 After my friend’s husband moved four of the filled bags (that they grew crops in last year) from across the garden, I checked their pH (but none needed adjusting), added aged compost, sprinkled in about half-a-handful of time-release fertilizer (they prefer 13-13-13 – that’s good for about 4 months). Then I stirred what I had just added before planting her 2 peppers and 2 eggplants. It was that simple!!

This year the remaining bags will host 8 sunflowers with string bean plants sending shoots up each stalk, 6 tomatoes, and 3 rose bushes.

In the old garden:

Gladiolus and zinnias are growing alongside a generous amount of dill plants and a couple strawberry beds. There we planted basil, squash and pickling cucumbers directly into the ground. And that’s just the start of both of this year’s old and new gardens. 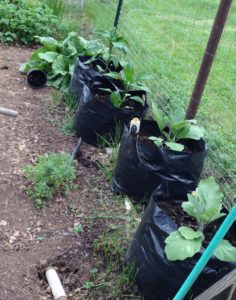 Unexpectedly, after a delightful day of gardening (that including lunch, a short nap, tea & cookies), my friend sent me home with garden fresh veggies, two potted plants: an old-fashioned hollyhock and a sunflower, along with a 3-gallon pot filled from their rich compost pile. Woo Hoo! I was sore and tired, but a good sore and tired…

If raised beds are your idea of quick garden space or you have too many rocks under the surface, then think about using potting bags to grow your flowers and veggies rather than buying bulky expensive pots and wood.

Groceries homegrown taste best!! 😉 Fresh cut and edible flowers are a bonus, too!!

The possibilities are endless… Give it a try…