May in the garden: A race to the beginning

May is the busiest month in the garden. You can run yourself ragged watering and fertilizing 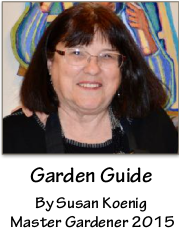 everything you’ve already planted, direct sowing new crops as the soil warms up, weeding, mulching and transplanting all those starts that you’ve been babying along under lights or on the window sill. I think of May as a race to the beginning – getting everything in the ground so it can begin to grow and, hopefully produce a bountiful harvest. Phew! As much as I love gardening, I’m always glad when May is over so I can kick back a little and watch everything develop.

I just heard some worrisome news for those who are, like me, on TID water (Talent Irrigation District). The irrigation ditches will not start operating until June 1 and it is likely that we will get water only every other week until mid-August when water will likely run out. This is the result of a 20% decline in precipitation so far this water year which runs from October 1, 2020 through September 30, 2021.

So, I’ve been brushing up on how to collect and use “gray water” safely in the garden. Gray water is the water left over from use in dishwashing, showers, washing machines, cooking and other household uses. It is different from toilet water (black water) in that it has a lower level of pathogens and can be used for watering landscape plants and vegetable gardens, as long as you don’t let the gray water splash on the edible parts of the plants. Never use “black water” from toilets on the garden as it contains too high a level of pathogens.

I recall in the 1970s we had a 4-year drought in California. I was only 4 years old at the time…Alright, that’s a little white lie, but am I really SO OLD that I can remember a drought in the 1970s? Anyway, we collected graywater because there was a severe water rationing program in effect for a couple of years. Everyone’s lawns went brown, trees and landscapes died, and I was barely able to keep my vegetable garden and avocado trees alive. We can always hope it won’t be that bad here, but you never know.

I am going to have to buy some water storage containers and get used to carrying bath/shower water to the garden. I also have young fruit trees to keep alive. I’m tired and aching just thinking about it, but I do like garden produce, and that’s the price of a good tomato this year.

We have our last frost sometime between late April and mid-May, with the official date around May 5. Last year, those who got a jump on the season by planting tomatoes in a sunny, protected location in mid-April were rewarded with early tomatoes. Some nighttime cover is necessary if you plant tomatoes outdoors before the frost free date, but don’t bother with peppers and eggplant. I tried it last year and they just sat and did nothing until mid-May. Any time after that, the soil will be warm enough to transplant eggplants, peppers, Brussels sprouts, cabbage, leeks, oriental greens, pak choi, squash, sweet potatoes, tomatoes and melons. Don’t forget to mulch everything very well to reduce your need for water and to keep the soil cool.

May is a good time to direct sow many herbs: basil, chervil, cilantro, parsley, dill, and summer savory, if you didn’t start them indoors already. If you will have a better water supply than I will this summer, May is the time to direct sow many veggies, including amaranth, bush and pole beans, beets, carrots, cantaloupe, cucumbers, edamame, leeks, lettuce, spinach, okra, parsnips, pumpkins, scallions, squash, sunflowers, Swiss chard, and watermelon. Our Garden Guide also recommends planting corn and melons in May, but since I’m at 2000 feet elevation, I like to wait until early June when the soil is warmer. That makes the Golden Jubilee corn that does so well for me ripen in mid-August, the perfect time for a corn roast.

I had planned to grow a selection of gourds this year, including goose neck (dipper), beetlejuice, pump-ke-mon and autumn wings, as well as pie pumpkins and larger jack-o-lantern pumpkins. May is the right time to get those in the ground; however, I may have to rethink the number of types of squash, gourds and pumpkins given the water situation. It’s hard to think of giving up Hubbard squash with its sweet, mild flavor or butternut squash that is perfect for a salad recipe I have, or baked acorn squash with a bit of brown sugar and butter. This is going to be a difficult choice.

Last year, I had a bumper crop of goose neck gourds, but unfortunately, I did not know how to dry them properly and every one grew mold. More heat and a drier environment than my root cellar has are required, I think.

It’s May – time to get to work, but take time out for a Happy Mother’s Day! 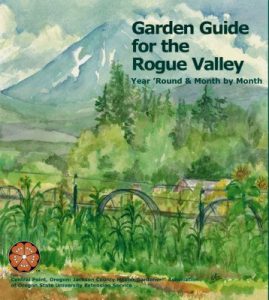 Here a a few of the many things to do in May: